Out of the Park Baseball 20 is the result of 20 years of authentic baseball innovation and computer AI for baseball simulation.

[This press release is made available courtesy of OOTP Developments with modifications.]

From the front office to the field, baseball has changed dramatically over the past few years – and nothing has kept up with the modern game like Out of the Park Baseball. Whether you love today’s world of exit velocity and launch angles or pine for the ‘good old days’ of complete games and ‘small ball’, everything you could possibly want in a baseball strategy game is waiting for you in Out of the Park Baseball 20.

No matter how you like to play, we’ve got something for you in Out of the Park Baseball 20. Take the reins of your favorite club on your own in the 2019 season (or any season in history), compete with and against friends in an online league, battle players around the world each week in our Perfect Team mode, create your own completely customized universe, or try any of the other dozens of options. Out of the Park Baseball 20 is the culmination of 20 years of building the best sports strategy gaming experience possible.

For the first time ever, OOTP features Live Services for MLB rosters! You can start a new MLB game any day during the regular season and Postseason with up-to-date rosters, standings, stats and player ratings, or to update player ratings in your current game based on their current performances. Can you keep your favorite team’s hot start going throughout the season, or take control to turn around a disappointing start?

Our brand new 2019 roster sets include all projected Opening Day MLB rosters as well as the complete minor league system down to rookie leagues, including independent leagues.

All Major League (and over a thousand minor league) player ratings are based on Dan Szymborski’s popular ZiPS player projection system. The remaining minor league players are carefully rated by hand by our recently upgraded research team. Listen here to one of our OOTP Now Podcast episodes as the newest member of our roster squad explains how this is done.

In addition, OOTP 20 features 12 international leagues (Japan, South Korea, Taiwan, Australia, Italy, The Netherlands, Mexico and Cuba, plus 4 brand new leagues with Germany, France, Spain and the Czech Republic) and several US and international independent leagues. All of the teams have accurate and projected 2019 rosters.

We hit the motion capture studio for the first time ever to create hundreds of new animations which take the 3D in-game action to a whole new level. Diving plays, shoestring catches, hitters celebrating a walk-off in style: it’s all there (except for a fancy bat flip creation feature – sorry about that)! 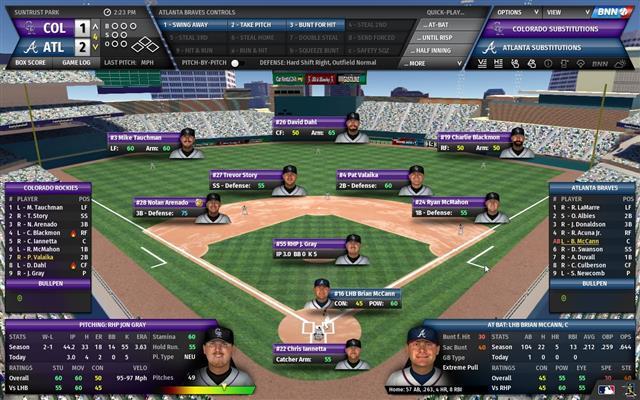 Baseball is constantly evolving, as is our award-winning simulation engine. This year we have introduced several new strategic options, such as an opener and a follower as MLB teams continue to seek every possible advantage to winning in 2019. We have also improved the simulation engine and AI to handle and counter these new options and also make the smartest strategic decisions possible at any time during the game.

But that’s only the start! We’ve improved all AI-related aspects of the game, including trading, contract logic, general roster building, and player evaluation, which lies at the core of the entire OOTP AI, resulting in the most challenging and rewarding gameplay ever in OOTP 20.

Perfect Team was a massive success after we introduced the revolutionary online competition mode for OOTP 19 in November of last year. Over 12,000 total teams have competed in the exciting universe of Perfect Team, over 5,000,000 player cards have been pulled, history was written, and countless epic moments were created.

For OOTP 20, Perfect Team mode will return with more cards (over 3,200 total) and more features, including exciting tournaments (coming in April), collection missions (coming April / May), an improved auction house, more achievements, an additional league level (6 in total) and all the new strategy and AI improvements of the core game. Build your very own Perfect Team and battle the best OOTP managers in the world!

Out of the Park Baseball 20 includes: